In 2020, over 130 movies were released to theaters and streaming services despite the ongoing pandemic. Some of the most popular movie genre releases were sci-fi movies, action movies, thriller movies, and animated movies. Unfortunately, if you are a sports movies fan, 2020 was rather weak since only a handful were released.

Fortunately, there are plenty of movies that have been released in the sporting cinema genre throughout the years. Today, we’ll discuss a couple of the best movies about sport and where to watch them.

If you love baseball movies, then this is a must-see movie. Pride of the Yankees is about baseball legend Lou Gehrig’s career as a Yankee player. Gary Cooper portrays Lou as he rises into baseball stardom until his famous goodbye speech due to being diagnosed with ALS.

The movie not only shows why Lou Gehrig is a legend but why the Yankees became famous. Another reason this is one of the best baseball movies is that Babe Ruth makes an appearance during the film. You can watch Pride of the Yankees on Amazon Prime.

Wimbledon is one of the few romantic tennis movies you can watch on Youtube Movies. While Wimbledon isn’t based on true events, it does portray the intensity of competitive events. The movie premise is about a retired tennis instructor who helps a young female player reach stardom, and of course, falls in love with her throughout the movie.

Rudy stands above all other football movies since it doesn’t focus on winning the big game but rather getting the chance to play in it. Rudy is about how below-average football player can achieve their dreams by working hard. Without a doubt, you’ll feel inspired to chase your dreams, no matter the obstacles you may face.

You can enjoy watching Rudy on CBS All Access or Amazon Prime.

If you’re a real sports cinema fan and a Clint Eastwood fan, then you may have watched this movie. It concentrates on the life of a young female boxer and all of the problems she must overcome. Million Dollar Baby is also the only movie where you can see Clint Eastwood cry, which is quite endearing.

If you’re interested in watching Million Dollar Baby, you can find it on HBO Max.

The movie’s premise is about the struggles a soccer coach, Brian Clough, needs to endure to reach the top. Interestingly enough, it doesn’t portray the coach as a hero, but rather it focuses on the many mistakes he makes throughout his career. If this premise interests you, you can watch it on Amazon Prime.

Even though 2020 was not a year for sports movies, we still have plenty of movies about sport from the past to catch up on. Of course, there are plenty of other sports movies you can enjoy, so keep on searching!

What is your favorite sports movie? Let us know in the comment section below! And if you enjoyed this list, then be sure to check out our other sports-related articles! 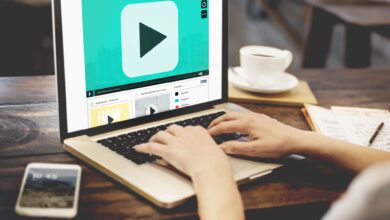